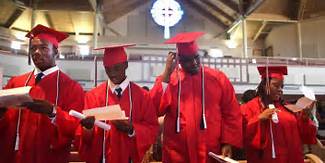 LANSING – Michigan’s high school graduation requirements would become more flexible and include a mandatory career readiness course under a series of recommendations and moves announced Monday by Gov. Rick Snyder, who said more must be done to help students fill in-demand jobs in the trades.

Snyder called on lawmakers to change the requirements, known as the Michigan Merit Curriculum, to mandate that a career exploration-job skills class be completed in seventh or eighth grade. He said computer science should count to meet a foreign language requirement and that students should be able to fulfill health and physical education requirements by completing career health programs.

To graduate from high school in Michigan, students must earn at least 18 credits in seven subject areas and complete an online course or learning component. Those who graduate in 2021 or earlier already can fulfill up to half of the two-credit foreign language requirement by completing a career and technical education program or earning another credit in visual, performing or applied arts.

The Republican-governor’s announcement came about three months after the GOP-led House voted 69-39 to replace the foreign language and art requirements with a three-credit 21st-Century skills requirement. It could be met by any combination of a foreign language, art, computer science or computer coding class or a career technical education program.

The legislation is pending in the Republican-controlled Senate, where a special subcommittee has been studying the graduation requirements. Proponents say students have had less flexibility to take career technical education courses or other classes since the more rigorous requirements were enacted in 2006. Critics say learning a foreign language exposes students to different cultures and could help them later on in business.