Foundational African Americans (Blacks who are directly descended from the enslaved Africans) whose uncompensated labor and intellect provided the foundation for Americas wealth today; have never been in a better position to finally be paid the outstanding debt owed to them. The new Black media should be given credit where it is due.

The “New Black Media” which is exclusively internet based has been steadfast in the demand that Reparations be paid in cash. Not just an apology, not a government program or land and certainly not a big hug as Johnathan Capehart who happens to be gay has suggested. The dehumanization of African American was all about money and we must be compensated with money.

Through tireless work by conscious black bloggers, pod casters and internet based talk shows like Urban Information Network‘s own Urban Interest. The monumental lies that have been told for generations are being exposed. None bigger than the suggestion that the American revolution was fought because the colonies were being “taxed without representation”. It was fought because most of the signers of the Declaration of Independence were slave owners. 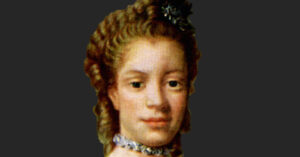 They were afraid that King George the lll whose wife Queen Charlotte was of African descent would end the American gravy train of slavery. Besides this, here is a list of grievances that justify cash reparations. 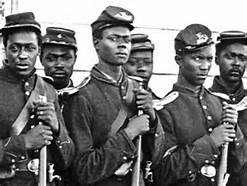 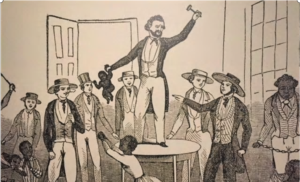 African Americans have saved America from itself on more than one occasion. The latest being voting Donald Trump out of office.

So called mainstream media no longer has a monopoly on the minds of Black people. There are voices now being recognized for their valuable contribution to the national narrative of politics, history and culture.

When practically all of Americas institutions are being run by White men, it is not being run by the nations best and brightest.

The new Black media is letting the world know that America will continue to suffer for its sin until it does right by its faithful African American citizens.