Negro Mentality; How other people define who we are to ourselves and the world 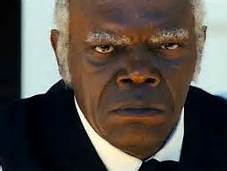 What has happened to the “new Poland”? Who released the tapes and why? The reputation of Poland’s political class has never been high among its citizens, but the last few weeks have seen it reach a new nadir.

There is a saying I have often heard from voters who back the ruling Civic Platform (PO) party in Poland: “One holds one’s nose and votes for them.” In other words, PO is not an especially appealing political option, but the alternatives are even worse. The main opposition party – Law and Justice (PiS) – has consistently shown itself to be chaotic, vindictive and paranoid, with an unhealthy reliance on its embittered leader, Jarosław Kaczyński. Donald Tusk’s government may well have disappointed with its reform agenda, but it has provided a level of tolerable predictability without unpleasant surprises.

Now, after a secret tape scandal involving senior members of the government, the stench wafting from the party may prove overpowering to many voters, even those with noses tightly pinched. Suddenly anything could happen in the next elections, which may come sooner rather than later.

The first tape excerpt – published by the weekly news magazine Wprost from a mysterious source – caused a major furor. The recording features the Head of the National Bank Marek Belka in an inappropriate and often vulgar tête-à-tête with Interior Minister Bartłomiej Sienkiewicz in a Warsaw restaurant. Among the frequent expletives and alpha-male bluster, the chief of the supposedly apolitical National Bank offers his assistance to the government on the condition that they dismiss the incumbent finance minister, Jacek Rostowski. Disturbingly, Rostowski lost his position soon after the recording of the tape.The revelation of this compromising conversation alone had the potential to bring down the government, and even to destabilize the Polish economy. Yet the subsequent tapes – released by Wprost according to the storyboard of an unknown director – have turned out to be even more potentially dangerous to the country. Like the materials released by Wikileaks and Edward Snowden, which created numerous diplomatic headaches for the United States, they threaten to sour key international relationships for Poland. In these new restaurant recordings, Foreign Minister Radosław Sikorski speaks disparagingly, and crudely, about Poland’s alliance with the United States and about British Prime Minister David Cameron. His uncensored remarks are highly embarrassing both for him and for Poland.

First of all, I think it’s worth emphasizing that the most serious question at this stage of the scandal may well concern who recorded these materials and why they have released them now. It is still too early to say, but the Russian secret services obviously spring to mind as a prime suspect, aiming to destabilize Poland in the wake of the Ukraine crisis. Recent reports have even pointed to a “coal mafia” seeking to counteract a Polish government crackdown on “illegal coal imports” from Russia, though the evidence here is very vague. Any further suggestions of mine would be uninformed speculation. Suffice it to say that whoever is responsible does not wish the Polish government well.

Here’s what Sikorski appears to have said in a conversation with Finance Minister Jacek Rostowski (before his dismissal):

In another exchange, Sikorski says of British Prime Minister David Cameron that “he fucked up the Fiscal Compact” and “is incompetent in European affairs,” while offering a frank and obscenity-laced analysis of the United Kingdom’s general engagement in the European Union. To round things off, the Polish foreign minister tells a joke about the price list for oral and anal sex in a whorehouse, much to the finance minister’s delight. Rostowski then responds with his own attempt at brothel humor with a joke about a skinny prostitute and a dog. One immediately wonders how women fit into Poland’s political scene if this is the kind of lewd and laddish talk that goes on in the backroom. Are female ministers or members of parliament welcome at such meetings?

Admittedly, there is nothing enormously contentious or surprising about any of the remarks themselves, however unedifying the verbal style, and it is not Sikorski’s fault that somebody illegally recorded a private conversation. Politicians have a right to engage in blunt discussions of matters in the national interest behind closed doors. In the case of Poland’s relations with the US, the foreign minister merely echoes what many Poles have thought and said for a long time.

Like a game and generous sexual partner, Poland has been willing to cater even to the most perverse American fantasies, from wars in Afghanistan and Iraq to secret CIA prisons on Polish soil. Yet when it has come to reciprocation, the Americans have rolled over, pulled up the covers and pretended to be asleep. For instance, Polish citizens find the continued inconvenience of a visa requirement for travel to the United States both rankling and humiliating. Repeated attempts by Polish diplomats to convince the Americans to waive this requirement have failed.Nevertheless, Sikorski’s characterization of the alliance with the US as “worthless” or “total bullshit” is excessive. Indeed, if we assume that the Russians are responsible for recording the tapes, partly with the intention of damaging this relationship, then clearly they do not consider it to be worthless at all. On the contrary, the alliance would seem to be very much worth disrupting. In this context, the revelation of Foreign Minister Sikorski’s real thoughts about the nature of Polish-American intercourse could not have come at a less appropriate time. After all, President Obama recently ingratiated himself with Poles from both sides of the political spectrum with his strong speech in Warsaw about unshakeable American commitment to the NATO alliance and to Polish security in the face of Russian aggression in Crimea.

Poland and the “Negro Mentality”: A Racist Vocabulary

The exposure of bawdy talk from a private conversation is embarrassing, but the recordings also include what seems to me to be an even more serious abuse of language, and one that is all too common in Poland more generally. In a candid discussion of perceived weaknesses in the “Polish mentality” – directly following his remarks about oral sex in foreign relations – Sikorski turns to a racially charged vocabulary that is entirely out of keeping with the ethos of the new Poland and with his own progressive image:

Sikorski:         The problem in Poland is that we have a very shallow pride and low self-esteem.

Rostowski:     A kind of sentimentalism.

First, a note on translation. The word “Murzyn” in Polish – for a person of African descent – is not necessarily offensive in all cases (though some might disagree with this assertion). The roots of the word are the same as those of the English “Moor,” and Poland has no history of enslaving or otherwise oppressing any African peoples. Nevertheless, in many contexts, it has come to be associated with strongly negative and often contemptuous stereotypes about people of African origin. In such cases, it can only be translated into English as “negro” (i.e. an offensive word, but arguably not as hateful as “nigger”).

For instance, the colloquial phrase “white negro” (biały murzyn) denotes a person who works without pride or dignity in conditions of virtual slavery. The unmistakable implication here is that all “negroes” naturally exist in this pitiful condition, which is shameful to “white” people. In a similar vein, the expression “one hundred years behind the negroes” (sto lat za Murzynami) means to be primitive or backward.

Foreign Minister Sikorski’s use of the word “murzyńskość” (literally, “negro-ness”) clearly belongs to this family of racially prejudiced expressions, since he uses it as an unproblematically negative term to characterize the Polish inferiority complex. According to the logic of his remarks, when Poland gives the United States a blowjob for nothing, it behaves like a “negro” – servile, powerless and convinced of its own inferiority. “Murzyńskość” – or “negro-ness” – appears here as a strongly negative concept. A more eloquent translation of the word in this context would be “negro mentality,” with the essentializing suggestion that being a “negro” is somehow naturally equated with feeling inferior. In Sikorski’s view, Poles often suffer from this inherently “negro mentality” of cringing subservience.

Apparently prompted by the suggestion of a sympathetic British journalist, Sikorski defended himself against accusations of racism by tweeting that “murzyńskość” should be understood as “négritude” – a French word (also literally meaning “negro-ness”) used in English very specifically to denote the francophone anti-colonial movement of black intellectuals in the 1930s to reclaim “negro-ness” as a positive value.

This is not a reasonable translation of Sikorski’s exclusively negative meaning. For what do Aimé Césaire and the other writers and intellectuals who fought against racism in the French colonies from the 1930s onward have to do with “shallow pride” and “low self-esteem”? Their concept of “négritude” encapsulated a movement to reclaim black identity from such negative stereotypes by turning the colonial French language against itself. They took a negative concept and made it positive, much like the colloquial coopting of the word “nigger” by some African Americans. “Negro-ness” or “blackness” was to become a positive attribute. Therefore, “négritude” did not imply low self-esteem, but rather fierce pride and self-empowerment, often associated almost with a form of “black nationalism” and sometimes even with a sense of superiority over the colonizers.By contrast, Sikorski’s use of the word “murzyńskość” simply draws on the old negative stereotypes about “negro-ness” as inferiority and slavishness in order to characterize the servile weakness of Polish foreign relations. He does not make a negative word positive – far from it. If his “murzyńskość” really means “négritude” then it can only be in the original sense of the French colonizers, who saw “blackness” as an unequivocally negative quality. Otherwise, his use of the phrase would be in praise of the “Polish mentality,” which is clearly not his intention in the recorded conversation.

Instead of expressing regret for his use of an offensive phrase – which he would undoubtedly never use in public – Sikorski has resorted to a piece of obfuscating sophistry. His curious appeal to the concept of “négritude” is a fallacious and perhaps even disingenuous defense of sloppy language, an illogical attempt to paint a positive patina over the inappropriate use of an expression loaded with racist connotations. He has convinced very few in Poland with his obscure explanation.

The context of Sikorski’s remarks is exclusively negative, bearing no relation whatsoever to any subversively positive meaning of “negro-ness.” More broadly, the words “murzyn” and even “murzyńskość” frequently appear in everyday Polish in the same thoughtless and prejudicial context, and it is a great pity to see somebody as apparently sophisticated and intelligent as Poland’s foreign minister following the pattern of linguistic laziness.

Radosław Sikorski’s colorful views on the Polish-American alliance and the British prime minister may well have some validity, and they certainly show a passionate concern for Poland’s national interest that is entirely appropriate for its chief diplomat. Ultimately, the release of the secret tape recordings of politicians in Warsaw restaurants could be part of somebody’s strategy to damage the institutions of the Polish state. In this light, the government has perhaps been right to batten down the hatches for now, refusing to countenance the dismissal of ministers and winning a no confidence vote in the parliament. In the long run, they will have to answer to the electorate for their sins.

At the same time, the clandestine nature of the recordings does not make the content or language of the tapes irrelevant. Regardless of who stands to gain from their release, the revelations of improper behavior from members of the government are serious. And there is never any excuse for lazy and hurtful recourse to generalizing claims about diverse groups of people based on the perceived color of their skin.

Racially loaded expressions should not be part of any foreign minister’s vocabulary, even in an illegally recorded private conversation.