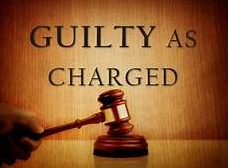 The ‘press’ has the iconic stature of being affirmed with language embedded in our US Constitution. It has played a truly profound role in the sovereignty of the USA….

The press has been a carrier of disinformation, propaganda on behalf of the US Government as well as both the private and public business sectors of America…

Our press has over its existence destroyed the social fabric of neighborhoods  and property values of Non White homeowners with reporting that demonized immigrants and minorities seeking to integrate segregated communities….

On topics involving the intersection of race and crime it has polluted discourse with the vile and divisive commentaries of twisted racist and sexist pundits ….

Today it is active in fermenting violence and distrust in our communities as the nation awaits the Floyd verdict. The press continues to allege White Americans are on edge and has all but scripted a violence driven reaction by Black Americans if the verdict is one of Not Guilty …..

The press is not worthy of its iconic status and stature in our US Constitution . The press of late in America is driven not by being guardians of freedom and related speech but by scripted propaganda, disinformation and fiction over facts…