Everything to Know About the Police Killing of Daunte Wright 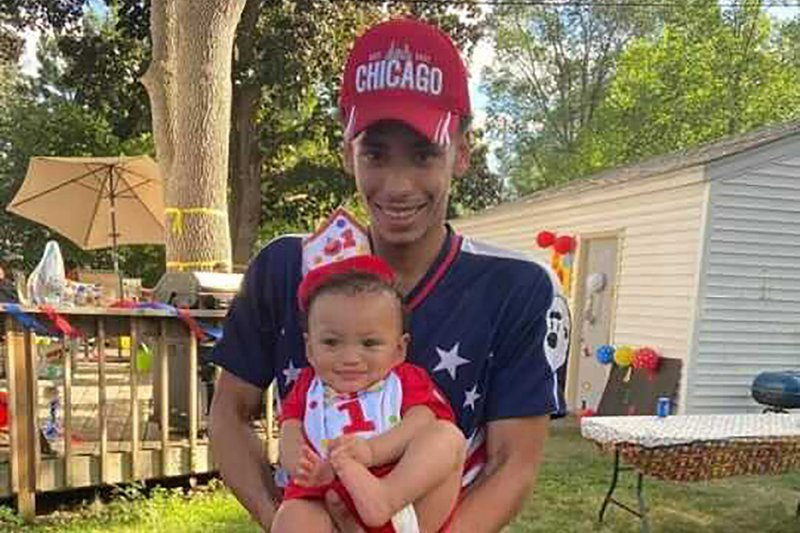 Just miles away from where Derek Chauvin is currently on trial for the murder of George Floyd, another Black man has died at the hands of the police. On Sunday afternoon, 20-year-old Daunte Wright was shot and killed during a traffic stop in suburban Minneapolis, propelling an already tense city into a state of righteous furor, the Washington Post reports. Every night since the fatal shooting, locals have come together to mourn Wright’s death and protest yet another incident of police brutality.

Here’s everything we know about the police shooting of Daunte Wright.

Daunte Wright was killed during a traffic stop.

The shooting occurred on April 11, just before 2 p.m., when officers with the Brooklyn Center Police Department pulled Wright over while driving, citing a traffic violation, according to police chief Tim Gannon. “He called me at about 1:40, said he was getting pulled over by the police,” Katie Wright, who identified herself as Wright’s mother, later told reporters. “He said they pulled him over because he had air fresheners hanging from his rearview mirror.” While on the phone, Katie heard tussling, followed by someone crying, “Daunte, don’t run.” When Katie called back, Wright’s girlfriend picked up, informing her that he had been shot.

Gannon claims that police pulled Wright over for an expired vehicle registration, and that they noticed the air freshener hanging on his rearview mirror — a violation of Minnesota law — afterward. During the traffic stop, officers also say they discovered that there was an outstanding “gross misdemeanor warrant” for Wright, and they attempted to arrest him. (The ACLU of Minnesota has expressed concern that this was a pretextual stop — when police pull over a driver for a minor violation so they can conduct a more serious search or investigate another crime — which officers often use to target Black people.)

According to police, as Wright got back into his car, an officer fired at him. Wright’s car then traveled a few blocks, eventually ramming into another vehicle, and he was pronounced dead at the scene. The Hennepin County Medical Examiner’s Office later ruled his death a homicide, determining that he died from a single shot to the chest. Wright’s girlfriend, who was in the car, suffered non-life-threatening injuries and was transported to a nearby hospital.

“I know my son. He was scared,” Wright’s father, Aubrey, told the Post. “If he was resisting an arrest, you could Tase him. I don’t understand it.” He added that Daunte had dropped out of high school a few years earlier due to a learning disability, and had been working in various retail and fast-food restaurants to help support his 2-year-old son. His father said that Daunte had been on his way to get his car washed when he was pulled over.

Police say that the officer meant to fire her taser — not her gun.

On Monday afternoon, the Brooklyn Center Police Department held a news conference where they disclosed more details about the shooting and played body camera footage of the incident. In the video, officers can be seen attempting to handcuff Wright, who, after a short struggle, appears to enter the driver side of the vehicle. A female officer — who has been identified as Kim Potter, 48, who’s been with the department since 1995 — can be heard repeatedly yelling “taser” as she pulls out her gun, and then fires a shot. “Holy shit, I just shot him,” the officer can be heard saying. Upon reviewing the video, Gannon, the police chief, said he believed that “the officer had the intention to deploy their taser but instead shot Mr. Wright with a single bullet.” Many have questioned this narrative, especially given that Potter is a veteran officer.

Potter has since resigned and is now facing charges.

On Tuesday afternoon, Potter officially tendered her resignation, effective immediately. “I have loved every minute of being a police officer and serving this community to the best of my ability, but I believe it is in the best interest of the community, the department, and my fellow officers if I resign immediately,” she wrote in a brief letter to Brooklyn Center mayor Mike Elliott and police chief Tim Gannon. Shortly after, Elliott announced at a press conference that Gannon had resigned, as well.

On Wednesday afternoon, Potter was arrested and booked into the Hennepin County jail, and later charged with second-degree manslaughter, the Star Tribune reports. She was released later that day after posting $100,000 bond. If convicted, Potter could be sentenced to up to ten years in prison, face a $20,000 fine, or both. She is expected to make her first court appearance on Thursday.

Demonstrations and vigils have erupted across the area.

For the past three nights, locals have gathered to mourn and demand justice for Wright. On Sunday, hours after the shooting, people began to congregate at the scene of Wright’s death for a vigil; as the hours passed and more protesters showed up, tensions escalated between demonstrators and officers dressed in riot gear. Just past 7 p.m., law enforcement began firing rubber bullets and tear gas at protesters, some of whom had been tossing water bottles and garbage. By 10 p.m., the crowd had moved to the Brooklyn Center Police Department, where chemical agents billowed around protesters and the sounds of flash bangs rang out. In the early hours of Monday morning, Brooklyn Center mayor Mike Elliott announced a citywide curfew from 1 a.m. until 6 a.m., asking protesters to “please be safe and please go home.” The National Guard was also called in.

On Monday evening, after more details regarding the shooting had come to light, protesters gathered outside police headquarters despite the 7 p.m. curfew. Yet again, law enforcement deployed tear gas and rubber bullets, which dispersed much of the crowd. Meanwhile, hundreds gathered for a vigil at the scene of Wright’s death, including Wright’s family and the mother of his child, Chyna Whitaker.

“He just made you feel better when he came around, and I’m just hurt that he’s gone, and I can’t believe it,” Whitaker said. “He loved his son, and it’s not fair that his son won’t have his dad in his life.” Wright’s mother said, “My heart is literally broken into a thousand pieces and I don’t know what to do or what to say, but I just need everybody to know that he is much more than this.”

On Tuesday night, hundreds of people yet again returned to the streets demanding justice. By the end of the night, police had arrested upwards of 60 people, citing “riot and other criminal behaviors,” a local CBS affiliate reports.

The investigation into the shooting is ongoing.

The police shooting is now under investigation by the Minnesota Bureau of Criminal Apprehension, the same agency that investigated George Floyd’s death.