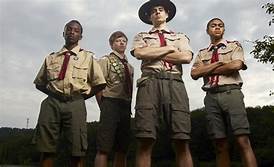 DOVER, Del. — Insurance company The Hartford has agreed to pay $650 million into a proposed trust fund for victims of child sexual abuse as part of the Boy Scouts of America bankruptcy case.In exchange for the payment, the Boy Scouts and its local councils would release The Hartford from any obligation under policies it issued to the BSA and the councils dating back to 1971.The settlement agreement and release was submitted to the court on Friday by a panel of mediators that is working with the BSA, abuse victims and other parties in the bankruptcy to try to fashion a global resolution of more than 80,000 sexual abuse claims.“Our agreement with The Hartford is an encouraging step towards achieving a global resolution that will promote the BSA’s efforts to equitably compensate survivors and continue the mission of Scouting,” the organization said in a statement. ”… We are committed to continuing our mediation efforts with all parties and look forward to sharing additional updates as these discussions progress.”

Even without the possible reduction in The Hartford’s payment, attorneys representing abuse victims in the bankruptcy were appalled by the settlement.

“It’s outrageous…. Their real liability is in the billions of dollars,” said Paul Mones, who represents hundreds of abuse victims, including members of the official tort claimants committee that is charged with acting as a fiduciary for abuse victims in the bankruptcy.

“This is just business as usual for the Boy Scouts — paying lip service to their supposed understanding and concern for their horrific legacy of sex abuse … but not doing anything substantive,” Mones added.

Jim Stang, an attorney for the tort claimants committee, or TCC, said there are at least 24,000 sexual abuse claims subject to The Hartford’s policies. The actual number is likely significantly higher, given that many victims did not include the dates they were abused on their claim forms, he noted.