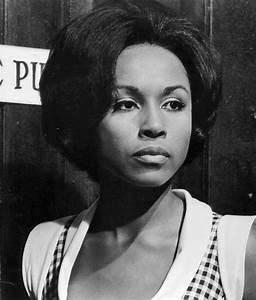 Diahann Carroll is one of our most treasured actresses and performers in the world.

Her career spans six decades of breakthrough and incredibly fierce roles in movies, TV and on Broadway! Who can forget Carroll as Whitley’s mother on ‘A Different World’? But her career is so much bigger than that!

Carroll got her big break in the 1960s television series ‘Julia’—which was the first series on American television to star a Black woman in a non-stereotypical role, paving the way for today’s dramas such as ‘Scandal’ and ‘Being Mary Jane.’

The legendary actress is lauded for more than just how she transforms into memorable characters, but also for her timeless and iconic beauty and regality.

To celebrate Carroll’s 80th birthday today, here are seven facts you may or may not have ever known about the Hollywood diva!

1. She grew up with Billy Dee Williams!

Carroll was born in the Bronx and when she was an infant, her family moved to Harlem. She attended Music & Art High School, which is where she was classmates with legendary actor Billy Dee Williams!

2. She started modeling for Ebony magazine at 15.

Carroll often speaks about her parents’ support and enrolling her in dance, singing and modeling classes. With a tall and lean build, she was able to model for Ebony while still in high school.

3. She made her first appearance on the game show “Chance of a Lifetime”!

Carroll’s big break came at 18 when she was a contestant on the show “Chance of a Lifetime” and won the $1,000 prize for her performance of the Jerome Kern/Oscar Hammerstein song, “Why Was I Born?” That same year, 1954, Carroll made her film debut in the game-changing film Carmen Jones……to read more, click here